One of my favorite questions to ask geek buddies is: what are your favorite gadgets acquired this past year? Last week I asked Bijan this very question at lunch and this morning he blogged his list.

I also commented to him that it seems sort of sad that Apple has sucked the life out of the cool gadget collecting game, both because they dominate most of the interesting categories (smartphones which have collapsed about 4 gadgets into one and every other relevant post-PC category) and because they've raised our expectations for what we'll accept as the "entry model" from anyone else. There are exceptions but the days of trawling Expansys for the latest Nokia gem or getting super excited about Linux on PDAs definitely seem to be behind us.

Anyway, I thought I'd share a rather pedestrian list of "gadgets" (loosely speaking) that have made my list this year. I'll put them in two buckets: those that help the iOS ecosystem experience (because I am mostly a victim of that platform's device network effects these days) and those that are further out there. I'm not sure that most of these qualify as "gadgets" per se but they'll either make your life easier or you cooler for sure...

1. "3GJUICE's THE CABLE" Iphone Extension Cable and Ipod Extension Cable this one is so simple that it is almost dumb but for anyone who has ever had to fiddle with an in-car dock connector that sits in your glovebox or under an armrest, this extension cable will let you get rid of that iPod you last synced in 2004.

2.Skiva Component+Composite Video / AV Cable for iPhone, iPad2, iPad & iPod Fantastic way to entertain your kids or just watch Netflix on the big screen. I'm not a huge fan of watching the iPad in bed but have found it pretty useful to take this with me to remote locations where TVs live and you want to output to them.

3. Tuneband for iPhone 4, Grantwood Technology's Armband, Silicone Skin, and Front and Back Screen Protector, Black No more running with an iPod when you can strap the iPhone to your arm. Having tried a bunch of these arm bands (most of which belong on Jack Tripper during the closing scene of Three's Company), I can vouch for this one doing the two key things: keeping your device from bouncing around while you run and still making it easy to put in/take out.

4. BoxWave Capacitive iPad Stylus (Jet Black) Writing on the iPad sucks but this pen makes it easy to mark up documents or doodles quickly. Use an app like Penultimate (detects the palm of your hand) and you can send quick scribbles across the ether as quickly as you can think them up.

5. Freedom Pro Bluetooth Keyboard It's a myth that you can type as quickly on the soft keyboard of the iPad as you can on hardware keyboards. The Apple one is very good but is an awful traveler. This one is no Stowaway (which is rumored to be coming back into production), but it's a fantastic option to have when you have to bust out that Melvillesque email while on the road.

Now for the far out there stuff (mostly fun & aspirational):

6. Canon PowerShot S95 10 MP Digital Camera with 3.8x Wide Angle Optical Image Stabilized Zoom and 3.0-Inch inch LCD best P&S camera I've ever had, bar none. Too bad these things are about two smartphone generations away from being wholly irrelevant.

7. Wireless sensor Arduino kit A fantastic addition to any project if you've every done any Arduino work. Wirelessly turning on an LED based on the doorbell ringing is 2011's version of the Makerbot cupcake— it will keep the kids thinking you are cool for at least another year.

and my absolute favorite (retro) gadget of the year to date:

8. Polaroid SX-70 camera and film! I think Edwin Land is the underhyped Steve Jobs of Cambridge and this year I decided I was going to get his iPhone even there was no way I could get it to work. Imagine my surprise then upon finding some crazy ex-Polaroiders that are manufacturing film that is "almost" SX-70 compatible! Not the cheapest 8 pictures you'll ever take but well worth it for the historical value alone.

That's my version of a geek Pinboard for the first half of this year. What is yours? 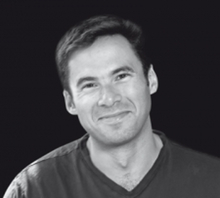